I've been working on constructing 2 VR turnouts in HO Scale 5'3". A different approach was tried this time.
The VR turnout were drawn off Mark Bau's web site - VR 600 feet turnout.  In HO they are 380mm long. Though the blades of the turnout don't start for approx 40mm.
The turnout plan is attached to a glass plate with watered down  PVA (at least 50%), so I have a solid base to work with. PCB Boards are then glued onto the turnout plan also using watered down PVA. The PCB is glued to the plan between the timber sleepers. 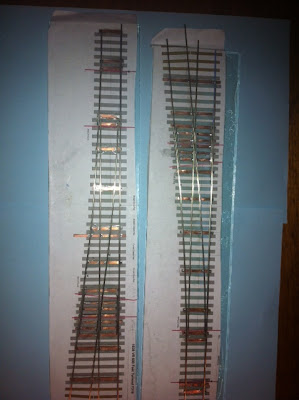 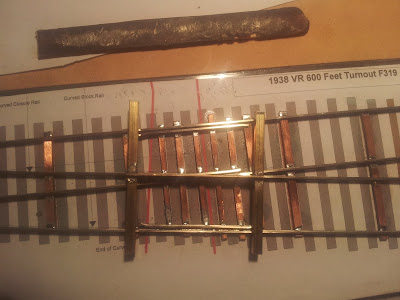 Once the track is soldered to the PCB board, I mill down the PCB by about 0.80 of a mm, so the PCB Board is hidden in the ballast (see below). 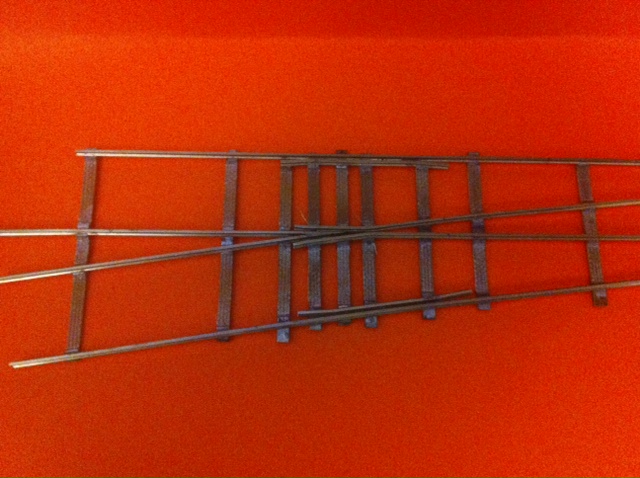 Designing autocad drawings for a sprung SEM GY  has taken a few months more than expected. But anyway Tony from Model Etch returned my A4 sheet recently and I am pleased with the results (a few minor changes for V2). 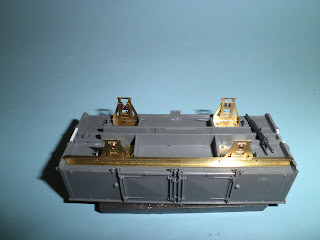 Work in progress is a HO P87 5'3" sprung SEM GY. P87 10 spoked VR wheels have been sourced and I'm currently making jigs for assembly. As I have the w-irons correctly spaced as per the prototype, the SEM Solebars are too thick to get all to line up correctly, so they had to be etched as well.

Also I have been weathering a couple of SEM QR wagons – at the moment concentrating on the inside. The inside base coat is floquil concrete,  then  Tamiya acrylic Paints various black, white  and browns heavily diluted with Isocol. I borrowed the technique from James McInerney where he used a similiar technique on an austrains ELX on an Old VR Enthusiast forum. Still need to blend it all in with a heavily diluted spray  of mud,earth or flesh. 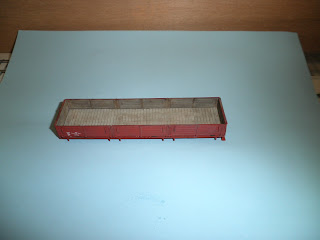 Anyway back to the jigs.
Damian

It has been a while since I updated the blog. I was asked by a fellow modeller if they could see some of my models, so why not put them on the blog! On the broad gauge front I am currently working on compensating a SEM GY for 5'3". Hopefully have some photos in a three weeks or so. 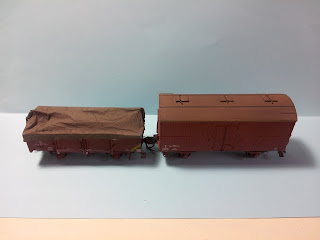 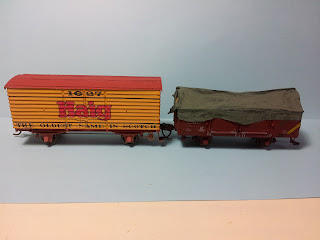 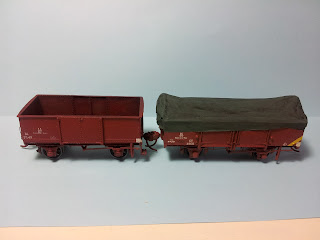 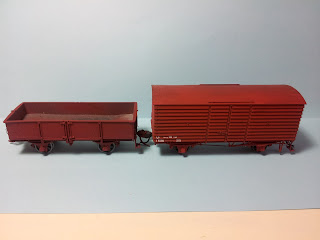 The I/IA still needs to be decalled.
Posted by Damian at 4:36 pm No comments:

Step 2. Remove about 0.7mm off each half axle, so you do not have to drill holes to bogie sideframes for axles. 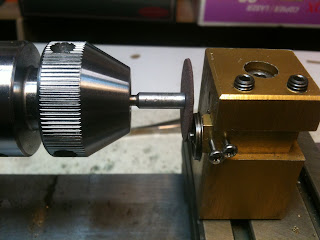